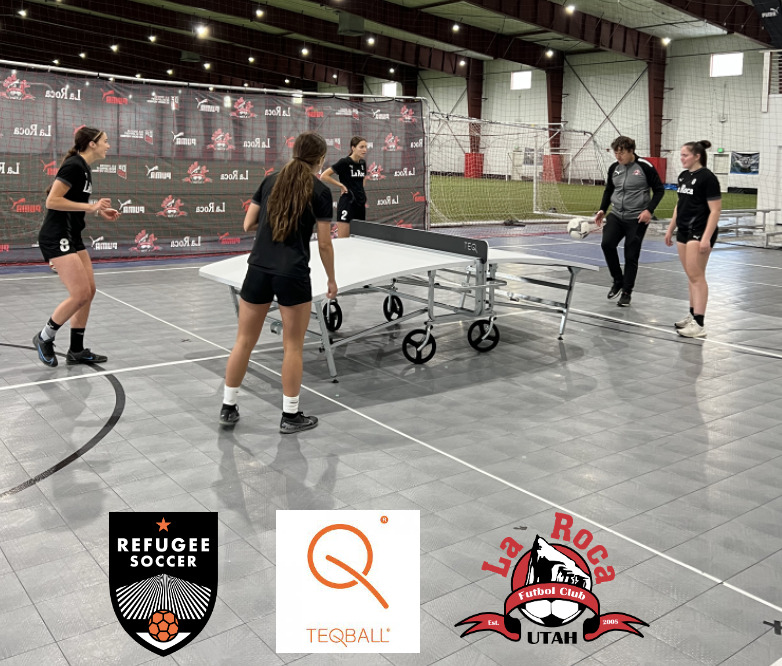 Refugee Soccer, a Utah-based nonprofit company dedicated to connecting the refugee and established communities through soccer, is very pleased to announce a significant donation of five (5) Teqball tables exclusively for refugee youth in the Salt Lake City metropolitan area.

Teqball is a soccer-based sport played on a specially curved table (the Teq Table) and is one of the newest emerging sports growing rapidly around the world. Teqball has held three world cup tournaments and has its eyes set on becoming an Olympic Sport by 2028. The sport is attracting elite athletes and amateur enthusiasts whose ambition is to develop their technical skills, concentration and stamina. Teqball games are played between two opponents (singles) or two teams of two (doubles) and brings a unique opportunity for competitors to compete with whomever they’d like, irrespective of gender. Games are played with a points-based scoring format where points can be scored with any part of your body except your arms or hands. As Teq tables are very versatile, Teqball can be played on various surfaces including sand, turf or indoor courts.

They are also very pleased to announce that their strong existing Refugee Soccer partner, La Roca FC, the most successful youth soccer program in Utah, will be placing two of these donated tables in their facilities in South Weber and Utah County. This expands the reach of this program for refugee youth who do not live in Salt Lake City. La Roca FC Founder & Technical Director, Adolfo Ovalle, said: “We are excited to build on our growing relationship with Refugee Soccer by placing these tables in our facilities for refugee kids who want to play this really cool soccer-based sport. We can’t wait to meet and support the kids who will come to play and look forward to building relationships with them.”

You can read the full press release by clicking HERE