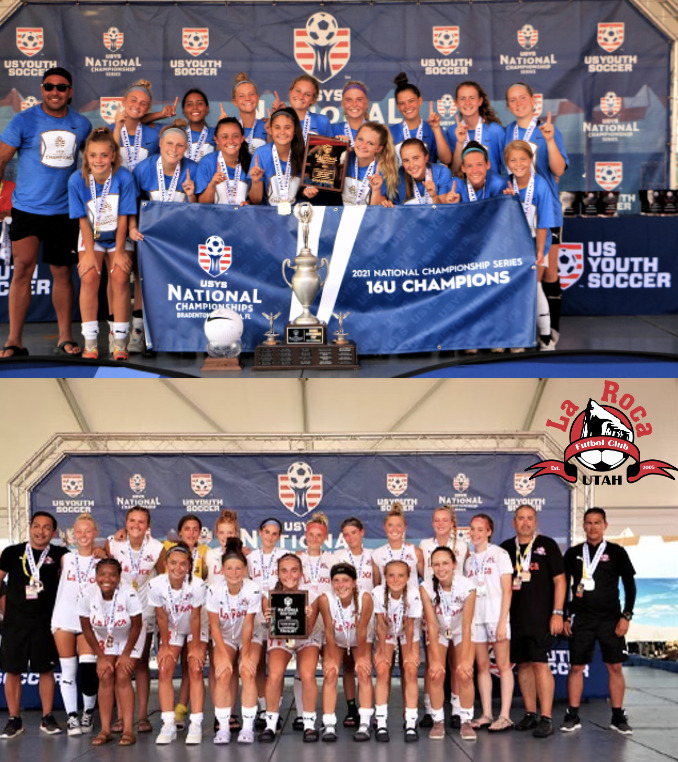 La Roca FC couldn’t be more proud the four teams that competed in USYS National Championships in Bradenton-Sarasota, Florida, July 19-25, 2021! Two girls teams, the 2005 team coached by Pancho Ovalle and the 2006 team coached by Felipe Diaz, advanced to the finals, with the 2005 team winning its match and securing the title of NATIONAL CHAMPIONS, and the 2006 team being defeated and ending its run in second place as FINALISTS.

Click on the button below to access the PR.com press release for more details about La Roca FC’s week at 2021 USYS National Championships.